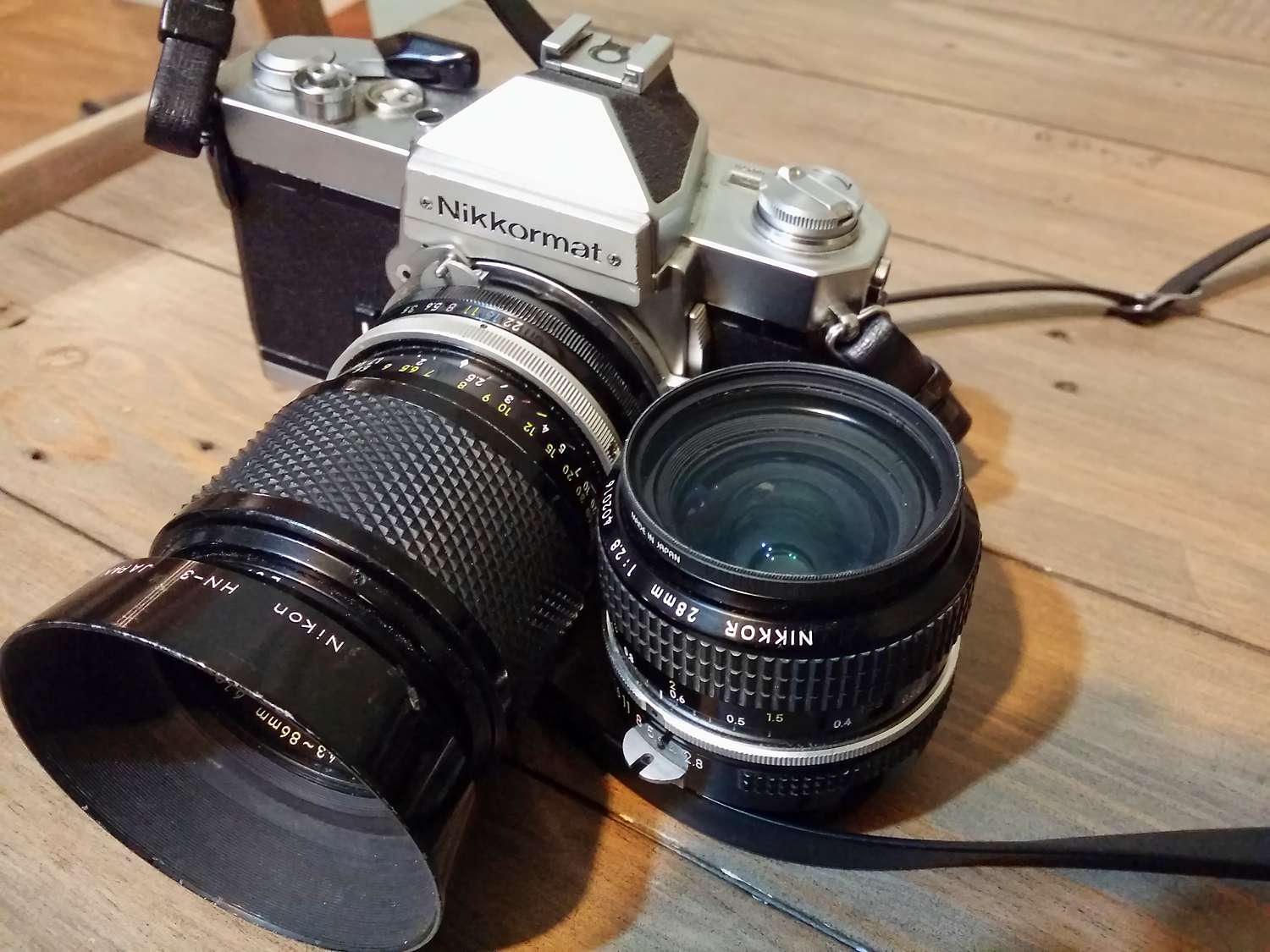 It has been about 12 months since I last put a 35mm film through any camera. I do, however, still have a functioning Canon EOS 1000F which I fully intend to use again some time soon – so watch this space!

This post about shooting film is nothing more than a weak excuse to publish another story.

Two years ago I had accumulated seven film cameras, most of which I had brought back from the “dead” by way of refurbishing them.

In my collection was a Nikkormat FT2, described in this classic camera review as “the poor man’s Nikon F“.

The FT2 that I had was accompanied by a Nikon 43-86 zoom, which made the number 1 spot in Ken Rockwell’s list of 10 worst never Nikon lenses. He called it “the worst lens Nikon has ever made“.

Subject to a lot of flaring and ghosting, the 43-86 produced soft images. Soft in the middle of the image, soft around the edges of the image – soft everywhere. It didn’t have an overly useful zoom range, plus it was heavy and somewhat clunky to use.

Almost as clunky as the Nikkormat FT2 itself.

Sporting a die-cast aluminium body the FT2 weighs almost 900 grams without a lens. It also features the most unconventional shutter speed adjustment I’ve ever come across. Shutter speed is set by a hard-to-adjust concentric ring mounted up against the front of the camera body around the lens mount. Weird!

Be that as it may I enjoyed my time with the combination of Nikkormat FT2 and 43-86 zoom.

Photos were taken with a Nikkormat FT2 and Nikon 43-86mm zoom, and shot on Fujicolor C200 film.

Some post processing work – mainly to tidy up the the bad negative scanning on my part – was done in On1 PhotoRAW 2022.

Please feel free to leave any comments – good or bad – below….