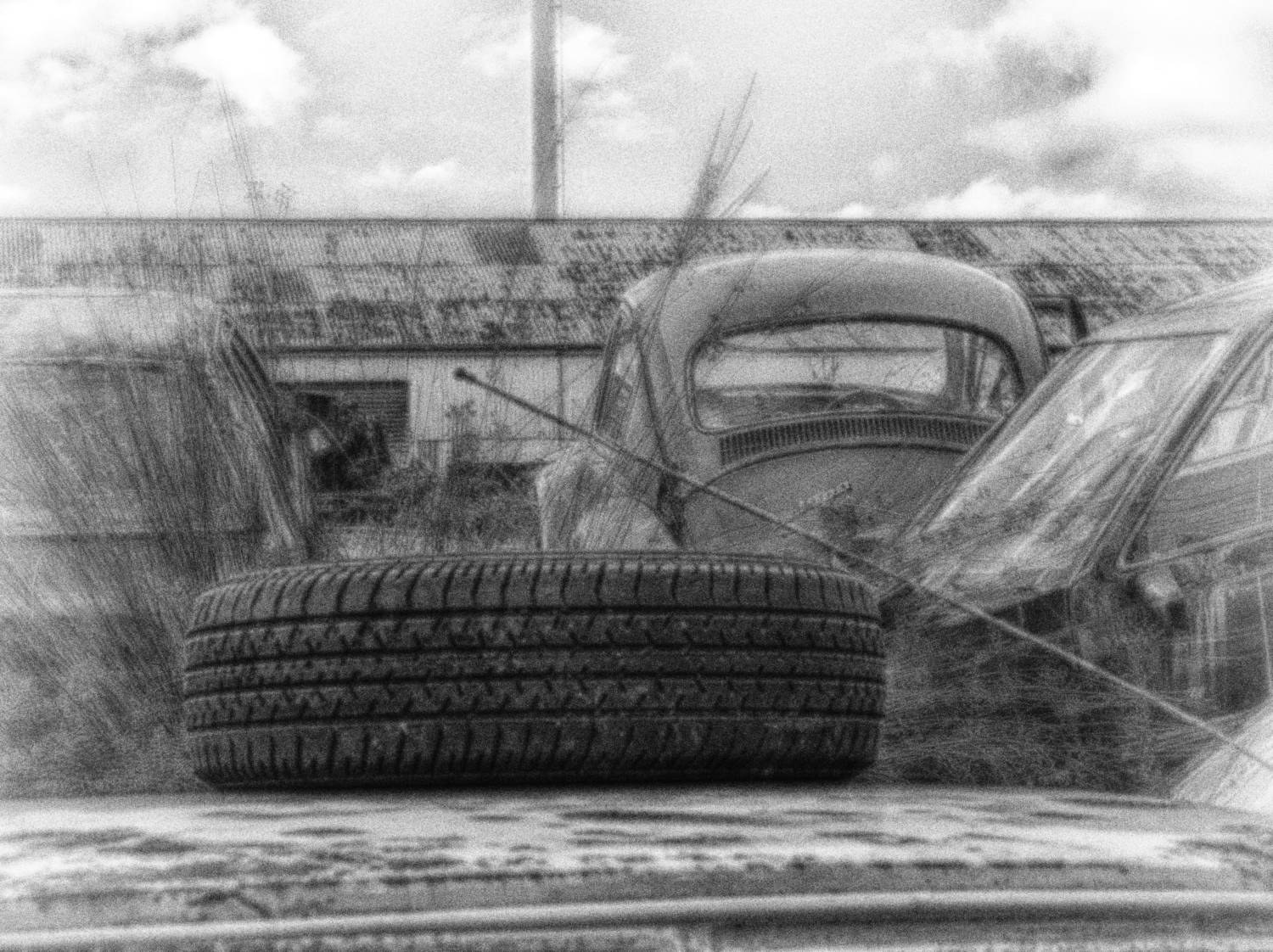 It might be strange for me to say this, but this collection of photographs of black and white street views was inspired by – or rather motivated by – Canadian photographer Kyle McDougall’s visual story called An American Mile which I stumbled across a few days ago.

Sure my photographs and his are in no way alike, but it was the concept of a series of photographs based on a theme that attracted my attention.

Kyle has two themes running through his images. Obviously, the landscapes along the American mile create the number one theme, while the other theme is his use of a film simulation on his images using a preset for Kodak Portra he created himself.

For my collection of images, the number one theme is basic street views from around my hometown, Invercargill.

The number two theme is the altered reality of those street views by converting them to and presenting them in black and white.

The black and white conversions were completed using Nik Silver Efex Pro, and rather than use a single common look across all the images, I attempted to match the final black and white look to the content of the image itself.

For example, for some photographs, I added a touch of grunge, in others a bit of grain, a vignette in others, and so on. I guess some of the finishes fit in with the concept of black and white being an alternative visual world.

The original photographs were captured on my Lumix G95 in RAW format; optical corrections were applied inside DxO Photolab 4; then exported to Nik Silver Efex Pro in JPEG format for black and white conversion. Trees in the median strip along Dee Street, Invercargill 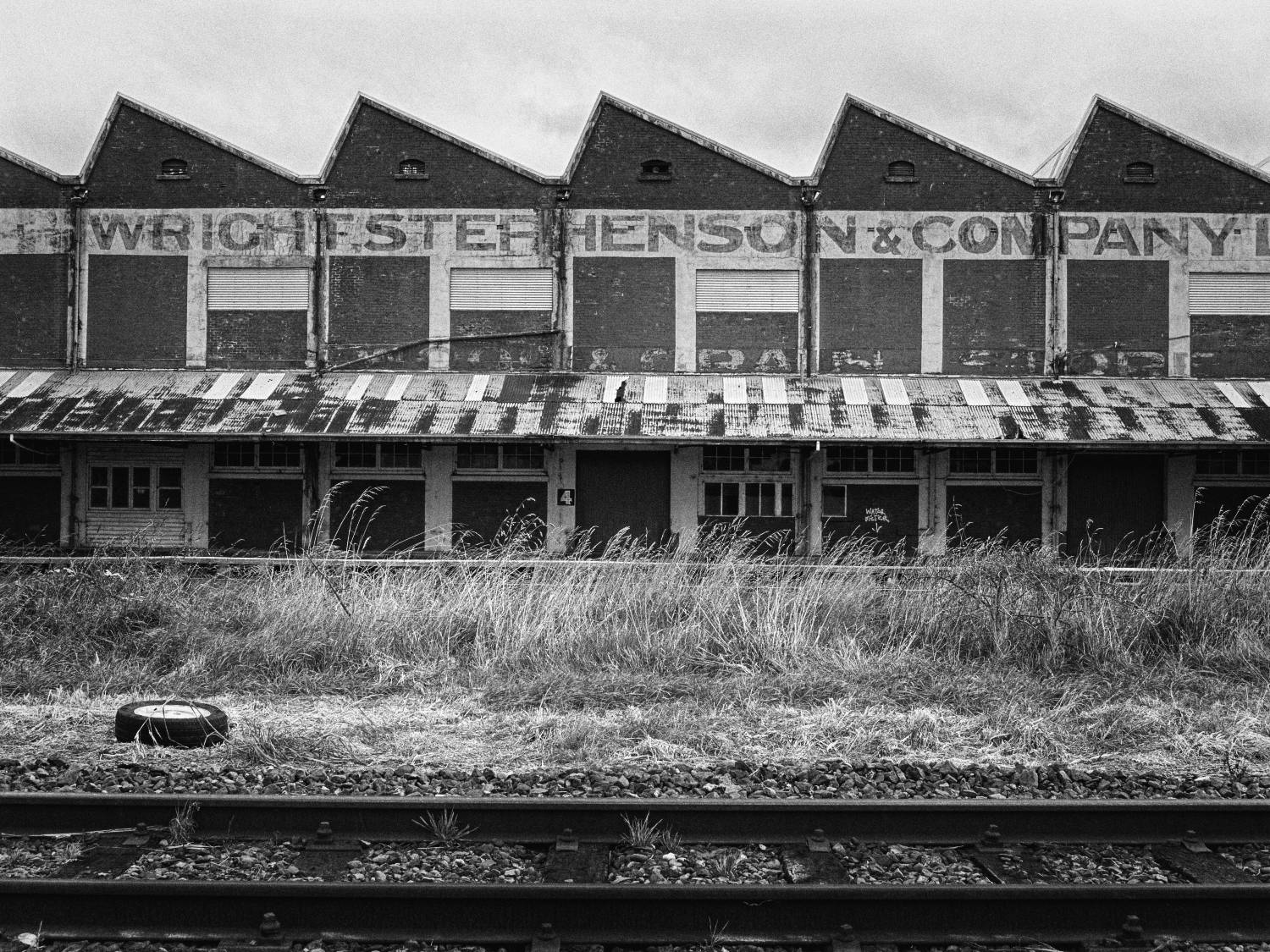 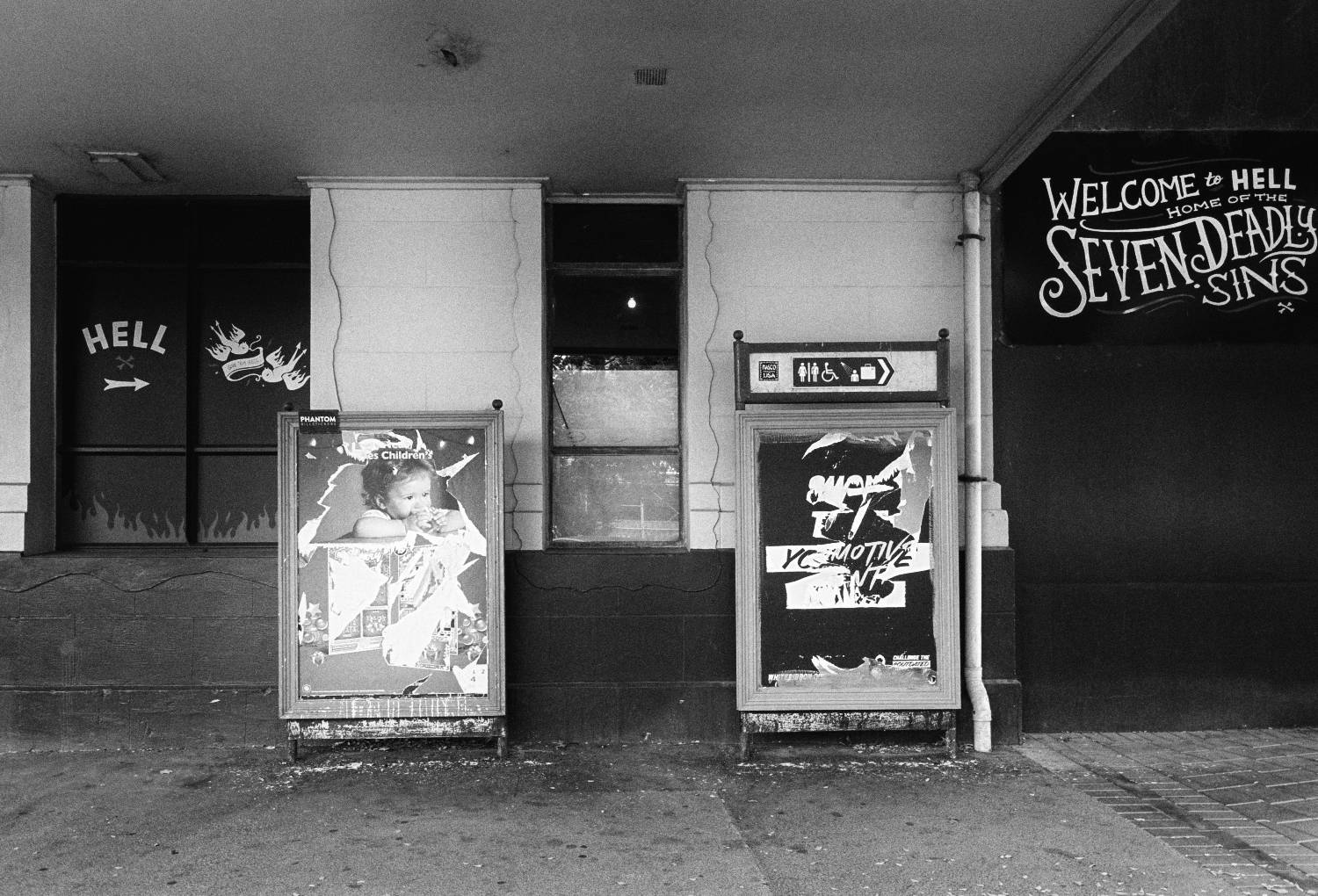 This way to Hell – sign in Dee Street, Invercargill Easy bins and accumulated detritus – behind a local restaurant, Invercargill Tattoo parlour up a side alley, Invercargill Leaves at the base of steps, Wachner Place, Invercargill