A Brief Excursion To Wellington 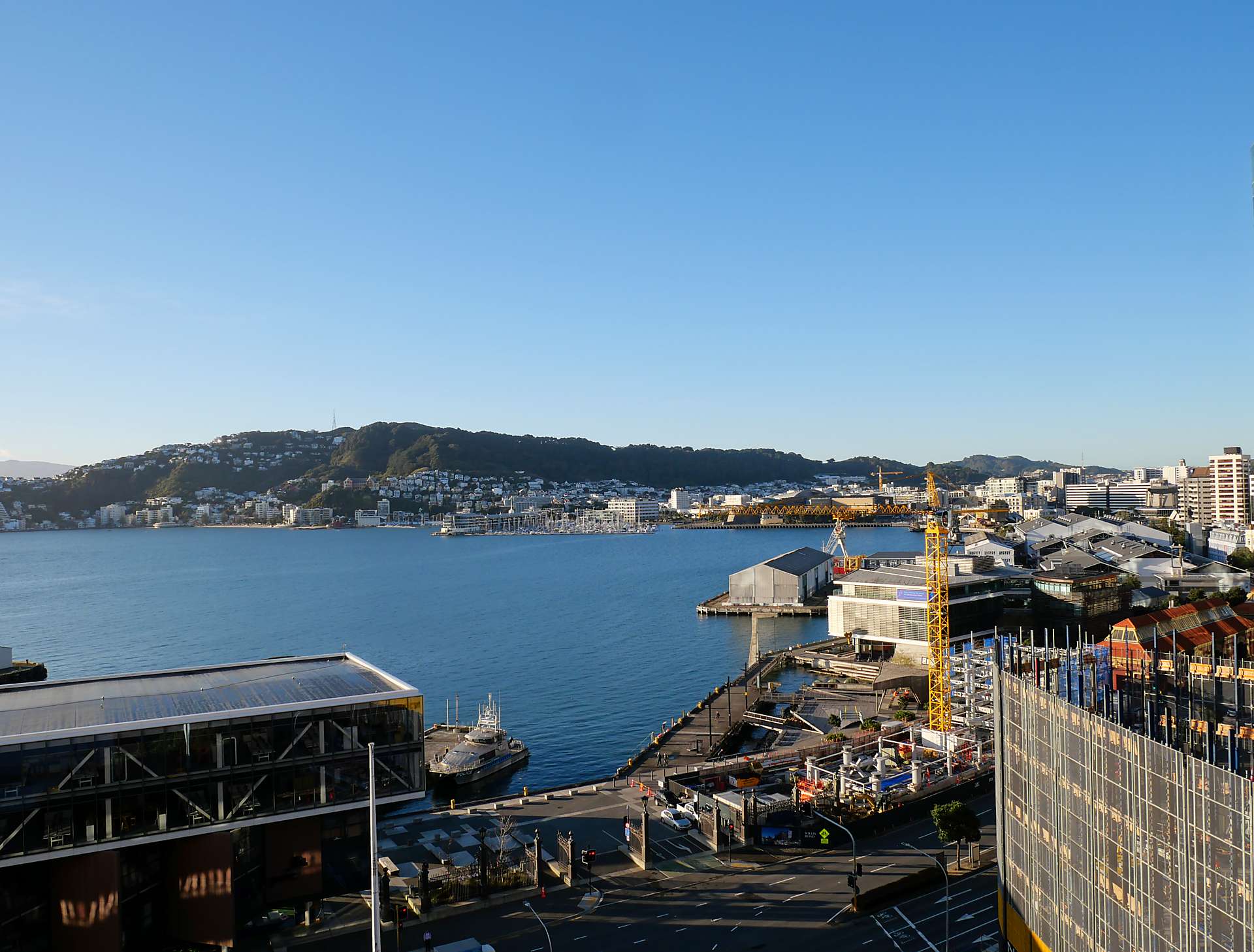 We were very lucky that New Zealand, except for Auckland, moved from Covid Alert Level 3 to Level 2 at one minute to midnight, Tuesday 7th September.

Lucky because Lyn and I were due to fly out of Invercargill on the 8th for a brief excursion to Wellington to celebrate our 30th anniversary.

With visits to Te Papa Museum, the Wellington Cablecar, and Botanic Gardens on the agenda, as well as a ferry ride across the harbour to Eastbourne (just because we could), we had a relatively busy few days planned – a few days that would give me a chance to put my new Lumic G95 to the test.

I guess that most of the photos fall into the genre of street photography (minus people) or perhaps urban landscape. Nearly all of them were taken at random using my Panasonic Lumix G95 with 12-60mm kit lens.

It was the red scooter sitting in the sun that initially caught my eye as I walked past the tree on the left of the image.

Ripple Effect and Street Scooters were taken as we walked along The Terrace.

One of the benefits of being over 65 is that you can use many public transport options free between certain hours. We took advantage of this and rode the cable car up to Wellington’s Botanic Gardens in Kelburn.

Tucked away in one of the valleys of the gardens are the old stables, built in 1915 to house the horses used to work in the gardens. The stables were in use until the end of WWII but have been well looked after to the present day.T

The Tiles are on the roof of one of the old stable buildings.

The walk from the Botanic Gardens down to the city centre takes you through the historic Bolton Street Cemetery – Wellington’s oldest cemetery.

Largely undisturbed until the 1960s, the development of a motorway in 1967 saw a major upheaval of the area and 3,700 graves were disinterred with the remains placed in a mass crypt alongside the new motorway.

Bolton Street Cemetery is still very picturesque as shown by this little corner of the Jewish section.

Cranes dominate the skyline of Wellington. Reach For The Sky is the crane on the site of a new BNZ development on Customhouse Quay. Tith the photo was taken from level 10 of Rydges Hotel where we stayed.

Harbour View is another photo taken from the balcony of our hotel room in Rydges Hotel.

This was a handheld shot at ISO 1600, 1/2 second shutter speed at f8 I ran this photo through On1 PhotoRaw 2022 trial and the NoNoiseAI feature really cleaned this image up. Quite impressive really!

And talking of impressive!

The Gallipoli Exhibition at Te Papa Museum is truly impressive.

I have never been a museum fan, but this is a must-see if you are in Wellington.

Gallipoli: The Scale of Our War – tells the story of Gallipoli through the eyes and words of eight Kiwis in an audio-visual display assembled by Weta Workshops, using 2.4 times life-size models.

Just look at the detail in the pictures of the likenesses of Lt Percival Fenwick – a military surgeon who served during the Gallipoli campaign.

Just having fun in the arty section of Te Papa!

On The Waterfront is a spur-of-the-moment photo taken while waiting for the ferry to Eastbourne.

As I mentioned at the start of this story, the whole reason for going to Wellington was to celebrate our 30th anniversary.

We did so in style at Logan Brown Restaurant – a place that I can highly recommend.

The final image in this series was shot with my Oppo mobile phone.